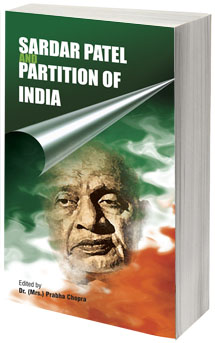 Complete Independence and unity of India was Sardar Patel's goal and he made all efforts to keep the two major communities of India united for the purpose. He was critical of British Government's communal award and separate electorate to create internal dissensions between the two communities. Sardar Patel considered Jinnah's 'Two-Nation-Theory' as absurd. He traced the attitude of Jinnah its recalcitrant nature of being open to no compromise and adhering only to the idea of Pakistan.

Dr. (Mrs.) Prabha Chopra, former Editor of the Gazetteers in Delhi Administration and Senior Fellow of Indian Council of Social Science Research, is currently Member-Secretary-cum-editor in the Collected Works of Sardar Patel project.