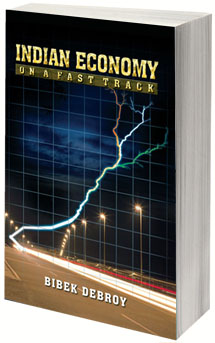 This book has a collection of newspaper articles that appeared in Financial Express and Indian Express between mid- 2001 and early 2004. These articles reflect the underlying belief that with liberalization the Indian economy can move on a fast track.

Bibek Debroy is the Director of the Rajiv Gandhi Institute for Contemporary Studies, Rajiv Gandhi Foundation, New Delhi. He is a professional economist and was educated at Presidency College (Calcutta), Delhi School of Economics and Trinity College (Cambridge). His special interests are international trade, particularly the WTO, law reform and the political economy of liberalization in India.