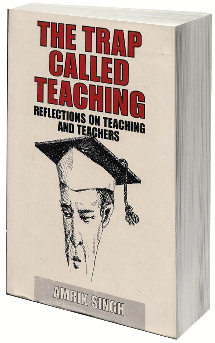 The Trap Called Teaching: Reflections on Teaching and Teachers (Hardcover)

In this thought-provoking and stimulating book, Amrik Singh has presented a provocative hypothesis. He argues that, till the late 1970s, the problem in higher education was of declining standards. But a problem which should claim urgent attention today is how to combat corruption that has crept into universities and colleges.

Over the years, Amrik Singh has emerged as a penetrating and fearless critic of higher education in the country. Through his work, he has proved his commitment to the teaching profession, concern for high standards of performance and an uncompromising belief in the integrity of the process of education.