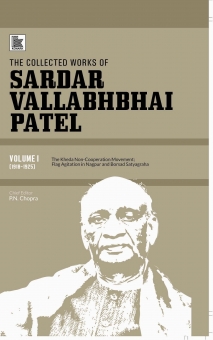 The Collected Works of Sardar Vallabhbhai Patel: Volume I (1918-1925) (Hardcover)

Volume I (1918-1925) details Sardar Patel’s life from the year 1918 when he debuted into politics. He refused a law professor job and eventually gave up his practice as a lawyer to dedicate his life to the independence movement. He, in time, became trusted and life-long companion to Gandhi. He effectively used non­violence techniques in different spheres of public life, starting with his no-tax campaign at Kheda which was followed by the Borsad Satyagraha.