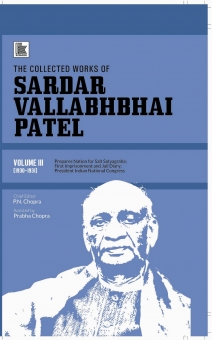 Volume III (1930-1931) shows the start of the Civil-Disobe­dience Movement which started with the Salt Satyagraha on April 6, 1930. He rallied people to join the struggle which worried the government so much that they jailed him. His journal shows how he underwent his imprisonment without any consideration to his own personal sufferings. He declared that he was fighting not only for the independence of India but also the princely states.