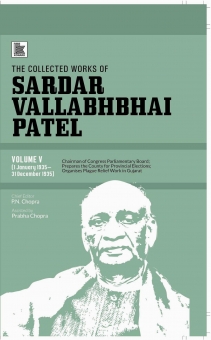 Volume V (January 1935-December 1935) showed Sardar Patel contesting the Provincial Assembly Elections for his party. He led the relief work with a band of volunteers at the plague-affected villages of Gujarat. He urged the villagers to shun social evils such as drinking, child marriage and the practice of untouchability. He wanted Hindu religion to be reformed and was critical of ritualism. He stood for Hindu-Muslim unity and condemned those who fought over mosques, temples and gurdwaras.