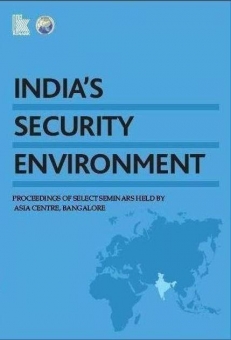 Indian leaders displayed surprising indifference to national security in the first few decades after independence, with the posts of the Indian Naval and Air Force Chiefs being occupied by British officers for more than a decade after independence. Despite having faced an armed invasion by its recently excised neighbour within sixtyeight days of its independence, the Indian State failed to internalize the vital importance of a firm foreign policy backed by military strength, for safeguarding the interests of the nation. This resulted in numerous wars with China and Pakistan. These wars and other changes in the international arena such as the dissolution of the USSR made Indian policy makers introspect and adapt to the changing times.

The book presents the reader with a fascinating mosaic of India’s external relations and security perspectives in both the immediate and the extended neighbourhood. While being candid and sometimes critical of current policy, the notable feature of the seminars has been the thrust on presenting viable policy options for the furtherance of India’s national interests.

For over a decade, Asia Centre, Bangalore has held regular seminars on India’s external relations and security environment.

The former Governor of Karnataka, T.N. Chaturvedi is its Chief Patron and A.P. Venkateswaran, former Foreign Secretary, is its Chairman; and Vice Admiral (Retd) R.N. Ganesh is its Director.