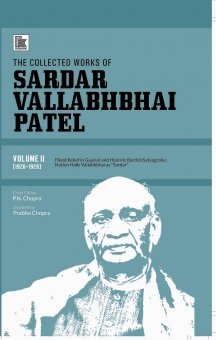 Volume II (1926-1929) cover the period in which Sardar Patel was emerging as a front rank national leader. He provided aid to the millions who were affected by the floods in Gujarat. He prepared the peasants of Bardoli for the Bardoli Satyagraha. He had asked the princely States to introduce reforms for a responsible government and also emphasised the need for proportionate representation of the peasants in Services.