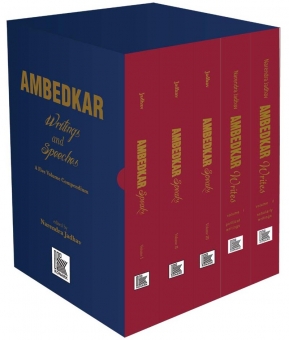 Dr. Babasaheb Ambedkar was not simply a Dalit leader, not even only a leader of the oppressed people of India but a national leader. His nationalism was not merely confined to the transfer of political power to Indians. It was focused on a much broader notion of sustainable national re-construction, that is, building a democratic Republic through creation of social equality and cultural integration in the age-old caste-ridden, inherently unjust and discriminating society.

In spite of being a statesman and a mass leader, Dr Ambedkar always remained a reflective thinker and erudite scholar. Even while being fully engrossed in mass movements and political upheavals, he wrote remarkable treatises on Economics, Sociology, Anthropology, Politics, Law, Religion and Culture, which is clearly the mark of a true intellectual. The span of his speeches is only rivaled by that of his writings. He delivered a very large number of speeches on a wide range of subjects and in diverse regional, national and international forums.

Responding to long standing demand, this five-volume compendium of Dr Ambedkar’s Writings and Speeches has been put together in the belief that understanding Dr Ambedkar, in his true spirit, is indeed a need of the hour.

Narendra Jadhav, a Member of Parliament (Rajya Sabha, Nominated) is an economist, educationist, administrator and author in English, Marathi and Hindi. Holding a doctorate in Economics from Indiana University, USA, Dr Jadhav has earlier served in several distinguished positions including Member–Planning Commission, Member–National Advisory Council, Vice–Chancellor of the University of Pune and Chief Economist, Reserve Bank of India. Narendra Jadhav is currently serving, on honorary basis, as Distinguished Professor, Council for Social Development (CSD) in New Delhi and as Professor Emeritus at MIT School of Government, Pune.

Narendra Jadhav is a prolific writer. He has written or edited 36 books in three languages—18 in English, 13 in Marathi and 5 in Hindi—and has over 300 research papers and articles, besides 31 official reports on a range of public policy issues in India. Narendra Jadhav’s family biography in English: Untouchables has been hailed as an international bestseller, translated into 15 languages including French, Spanish, Korean and Thai, and has won the Sahitya Akademi award (for the Punjabi version of the book).

A celebrated public figure, Narendra Jadhav has delivered numerous lectures in national and international forums. He is the recipient of as many as 67 national and international awards for his contribution in the fields of Economics, Education, Literature, Culture and Social Work. These include four honorary D. Lit degrees and the title of the Commander of the Order of Academic Palmes by the Government of France.

His official website is www.drnarendrajadhav.info You can buy the book on Amazon India