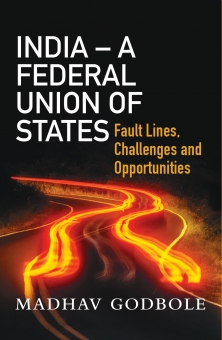 IN THE LAST 70 YEARS SINCE THE ADOPTION OF THE CONSTITUTION, India has transitioned into a multi-party democracy with a greatly polarised polity. It is time to take a closer look at how successful India has been in working its unique model of a Federal Union of States. Born amid the Partition, the emphasis in the Constitution on a strong Centre was understandable. But, that is no longer enough.

Some fault lines are now evident. Nonseparation of religion from politics, irritants in Centre-state relations, the institution of state Governor, division of legislative powers between the Union and the states, the official language dilemma, and the rising tide of sub-nationalism are clamouring for attention. India has single citizenship, but increasing state domiciliary restrictions are legalizing discrimination and undermining fundamental rights, more particularly, equality of opportunity in public employment. Even after the abrogation of Article 370, the ‘Kashmir problem’ continues to haunt.

Ways have to be found for strengthening cooperative federalism and creating a common market with greater economic, commercial and trade integration. Setting up of a constitutional court, and a trade & commerce authority of India require urgent attention. With the ineffectiveness of the Inter-State Council, alternate mechanisms need to be explored. India is sui generis in its wide diversity. The new strategy must be a cementing force.

The book comprehensively analyses these complex, sensitive issues from a policy perspective. The future of India’s federalism will depend on their resolution.

DR MADHAV GODBOLE took premature voluntary retirement from the Indian Administrative Service in March 1993 when he was Union Home Secretary & Secretary, Justice. Previously, he was Secretary, Petroleum and Natural Gas, and Secretary, Urban Development, in the Government of India. He has also been Chairman of the Maharashtra State Electricity Board, and Principal Finance Secretary, Government of Maharashtra. He was chairman of several government committees, including the Enron Power Project, and Management of India’s International Borders.

Godbole has written 26 books on public policy issues in English and Marathi. Of these, 15 are in English. Several of his English books have been translated into Marathi. The Hindi translation of his book, Secularism: India At A Crossroads, was published in 2018.

He has written over 500 articles in leading newspapers, journals and periodicals. He wrote a weekly column for two years in Marathi daily Loksatta.