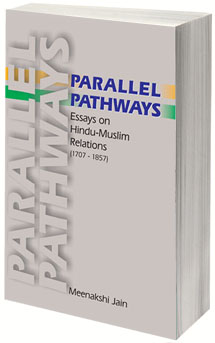 This work seeks to examine the state of Hindu-Muslim relations from the death of the Mughal Emperor, Aurangzeb, to the Revolt of 1857. There is a belief in certain circles that the Revolt of 1857 was the last notable manifestation of Hindu-Muslim unity. That unity, it is argued, was thereafter systematically undermined by the divide and rule policies unleashed by the British, leading eventually to the partition of the country in 1947.

Meenakshi Jain is an Associate Professor of History at Gargi College, University of Delhi.