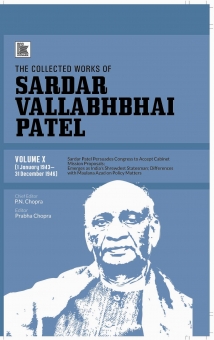 Volume X (January 1943-December 1946) had Sardar Patel under detention in Ahmednagar Fort till his release in June 1945. While in jail, he stressed the need for national unity for which, he said, he would fight “till the end of my life”. He stood for complete prohibition in the country as it was forbidden by religions of Hindus and Muslims alike and deplored the condition of widows in Hindu society which he called as “tragic”.

You can buy the book on Flipkart or Amazon