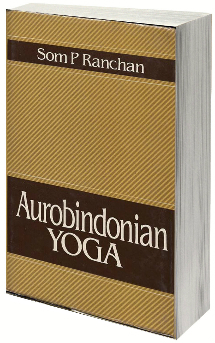 The book is the first of its kind which attempts a lucid exposition of Aurobindo's Integral Yoga, rescues it from Aurobindonian Bhaktas and expounders alike and outlines new Ways of making it relevant, using psychology, alchemy and literature. It also reviews integral Yoga to demystify it and suggests how to link it to oneself existentially and to culture, Indian or otherwise. The presentation is terse, with not a sliver of fat in it. The book is of use, not merely to students of Yoga, but also to litterateurs, psychologists, and the lay readers interested in Sri Aurobindo. Through the Metaphysical Insight it offers into Yoga as a system designed to keep body and Soul in harmony, the book presents.

Som P. Ranchan is a Creative Aurobindonian. He has published before this revisioning three Books on Sri Aurobindo : Soul Making with Sri Aurobindo, Sri Aurobnindo as a Political thinker and Sri Aurobnindo: A Myriad Minded Genius. Apart from Specialising in Sri Aurobindo as a free-lancer and not as a devotee or a culture exegetic, Ranchan is a poet with fifteen fulsome volumes of epic Seme-epic and short Poems a litterateur critic, Psychologist and a folklorist. A Professor of English in USA for a decade. Ranchan had headed the English Department in University Shimla, H.P. with destinction for many years. He is currently the editor, The Himachal Times Shimla edition.