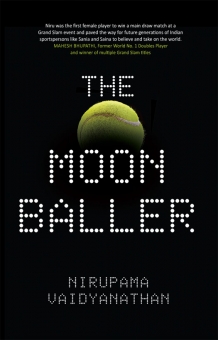 This memoir is the first ever documented chronicle by an Indian female tennis player. At a time when professional tennis for women was unheard of in India, she embarked on this journey with sheer will, determination and talent. The narrative is refreshingly unique as it keeps tennis as the crux, and also touches upon issues dealing with society, travel, safety, money and the tennis system in India.

Nirupama Vaidyanathan, was the No. 1 female tennis player from India in 1991 to 2001. She was also the first woman tennis professional from India and holds the record for first Indian woman to win a round at a Grand Slam at Australian Open 1998. After retiring from pro tennis, she founded a tennis academy in Santa Clara, California called Niru’s Tennis Academy.