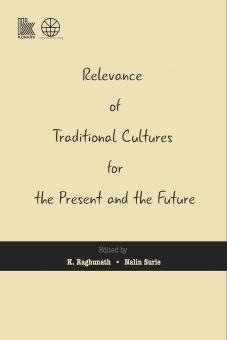 Relevance of Traditional Cultures for the Present and the Future (Hardcover)

All nations and societies have considered it crucial to evaluate the role and relevance of tradition for their own generation and beyond. This discourse has a fundamentally different content and quality in non-Western societies as against the shape it takes in the West. Indeed, because of the differing trajectories of historical evolution in the Western and non-Western world, the “Relevance” question itself applies essentially to the latter.

The questions raised by delving into the reasons and effects of this situation provided the driving impulse for a conference organized by the IIC-International Research Division which has now been published as this fascinating volume. It contains papers by scholars from backgrounds as diverse as from Benin, Ghana, Ethiopia, Egypt, Mauritius, Senegal, Lebanon, Mexico, Argentina, as well as Greece, Russia, Germany, the UK and the USA, besides some countries in Asia. This book is a must-read for students and scholars of sociology and political science.

K. Raghunath is the former High Commissioner to Nigeria and Ambassador to Russia.

Nalin Surie is Director-General, Indian Council of World Affairs and former Indian Ambassador to China and High Commissioner to UK.