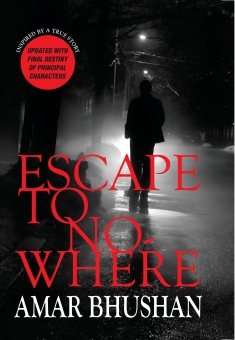 A whistleblower nervously drops in to share his suspicion about a senior colleague’s involvement in espionage with Jeevnathan, head of the security division of the Agency, India’s External Intelligence Service. An inquiry is promptly launched and Ravi, the suspect is placed under an elaborate regime of surveillance. The investigation subsequently throws up a huge amount of evidence, showing the suspect stealing sensitive data. As panic sets in, investigators acrimoniously debate whether to allow the suspect to walk free or physically force him to own up his crime. For Jeevnathan, the problem also is how to keep the tiring watchers going and persuade an edgy Chief to stay on course. As the story enters 96th Day, paradoxical consequences follow.

Loosely inspired by a true incident that took place in 2004 when a senior intelligence officer suspected of being a spy for decades vanished, the story also treats us to a rare insight into the state of security awareness of employees in the Agency, constraints in conducting aggressive operations, pitfalls in liaison relationship, competing interests of intelligence services, hazards in co-ordination of intelligence inputs and the Kashmir imbroglio.

Amar Bhushan served as Special Secretary in the Cabinet Secretariat before he retired in 2005. There was never a dull moment in his career that spanned nearly four decades and engaged him in various shades of policing, investigation and intelligence. However, due to his compulsive habit of dissenting, his passion to experiment with new and bold ideas, his penchant for rallying behind lost causes and his intense dislike for stereotypes, he always remained an outsider in his profession. He now lives in Jasidih, a sleepy village in the state of Jharkhand.

Unputdownable! Gripping! I have not read anything like this since The Day of the Jackal! —M.R. Narayan Swamy, IANS, New Delhi